You are at:Home»Highlights»2016 (MY16) Mitsubishi Outlander PHEV – Revealed at Australian Energy Storage Exhibition 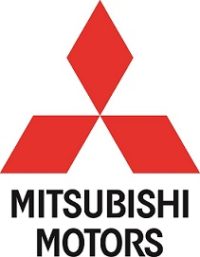 The 2016 Australian Energy Storage Conference and Exhibition was held 1st and 2nd June at the Australian Technology Park in Sydney.

Bigger and better than last year with new technology in Solar and battery products on display and to my delight more Plug In Cars to play with.

This year the organisers wanted to pair off vehicles with charging solutions displays and this worked quite well as we saw the current Audi A3 e-Tron and BMW’s i3 on display this year in addition to the new soon to be released 2016 (MY16) Mitsubishi Outlander PHEV, Tesla’s Model S and Hyundai’s Concept Hydrogen fuel cell electric SUV on display.

The conference provided a lot more space to display vehicles this year which was great as it enabled conference attendees the opportunity to move more freely and spend more time at the displays and get a closer look at the technology on offer.

The New MY16 Series Outlander PHEV.

The new Outlander PHEV will be officially released in Australia in the last quarter of 2016. Lots of updates on the new Outlander PHEV starting with the new ‘Dynamic Shield Design’ exterior. Basically the new body design provides the car with a sleek upmarket look with LED lights and bold new grill and front bumper, side skirts and rear bumper look. 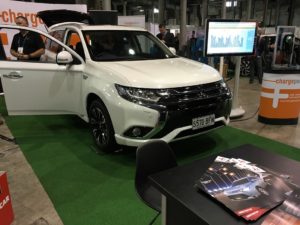 The 2016 model Outlander PHEV is also fitted with a CHAdeMO DC fast charging port for quick battery top ups of about 10 minutes. The other bonus with this capability is the new PHEV can also double up as a mobile home store battery. Your car can now provide battery power to your home at peak demand periods to save you more money as well as provide you with low to zero emissions daily commute transport.

Of course there’s a bit more to providing power from the car to your home. You should consider a solar PV system and bi-directional inverter and some hardware for the car to plug into, but the car can power your home and the Sun can power up your car. Brilliant! 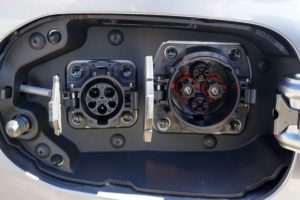 Mitsubishi conduct a great amount of vehicle testing in Australia resulting in constant product improvements such as up grades to steering and handling components. The 2014 MY14 series was a great example with serious improvements to the spring and damper rates resulting in a great handling package. The new MY16 series for 2016-17 improves model again.

Updates such as electric fold in wing mirrors, updated interior and information display package, new mag wheels design and the best of all is that Mitsubishi have recalibrated the front and rear electric motors which produces more torque performance with quicker acceleration.

I understand that the car will now travel from 0 – 100kph in around 7.5 seconds or less. That’s pretty impressive for a solid SUV 4WD. A nice improvement for we who have some motorsport history and an appreciation of good handling and responsiveness in a vehicle.

Can’t wait to get a test drive.

The Mitsubishi eX all electric compact SUV with 400km range 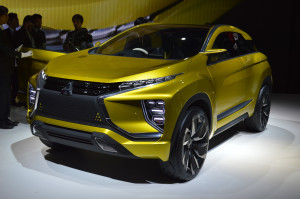