You are at:Home»News»AGL – ‘$1 per Day’ EV charging offer trumps competitors

The ‘New Energy’ team at AGL has trumped their competitors this week with AGL’s CEO, Andy Vasey embracing the future by announcing a $1 per day recharging rate for Plug-In Vehicle (PEV) owners. The additional bonus is by using smart meter technology, AGL will provide unlimited recharging each day and ensure the power has 100% emissions displacements (offsets) incorporated in the $1 per day charging offer.

This is a clear indication of AGL’s vision for the future by getting a foothold with customers moving to Plug-In Vehicles. From 2016-17 we’ll see more and more Plug-In Vehicle (PEV) models at cheaper prices hitting the market and this only the beginning. The AGL offer clearly aims to grab the lion share of energy supply accounts of Plug-In Vehicle (PEV) owners from their competitors and sets a high bar for other suppliers to compete against.

Australia lags behind the world in the EV take up space but this is changing with all the main car manufacturers scaling up to produce affordable low to zero emissions Plug-In Vehicle models.

We also note that earlier this year an EV policy submission ‘The Path Forward’ was lodged with the Australian Federal Government outlining a platform to get Government support for Plug-In Vehicle take up in Australia. The ‘New Energy’ team at AGL lead the working group that authored the policy white paper with significant industry participation.

Leading the Plug-In Vehicle markets in Australia at present are manufacturers such as Mitsubishi with the Outlander PHEV and Tesla with the Model S, BMW’s with the i3 and i8, Porsche with e-hybrid models, Audi A3 Sportback e-tron and of course don’t forget good old Nissan with the LEAF. 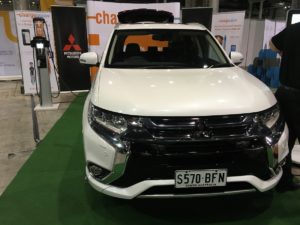 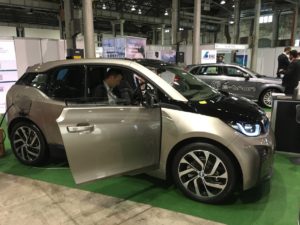 We only need to see what the impact of ‘Dieselgate’ had on the VW group and the billions of dollars and euros now being invested by all the major manufactures in the scramble to compete with Tesla’s successes and Euro 6 emissions standards. The Volkswagen Group CEO has announce a quantum shift to produce Plug-In Cars across all their brand, VW, Porsche and Audi.

New Plug-In Car manufacturing strategies that they need to make happen with the highest urgency.

Remember the resounding industry first at the Tesla Model 3 Launch in March this year. 400,000 Model 3 pre-orders within two weeks of the launch.

Tesla’s approach to marketing cars is like Apple products launches and has rattled the traditional Car Industry. Adapt and change or disappear.

Mass take-up of EV’s is coming:

The affordability of Plug-In Vehicles for the mass market going to be here faster than the average person in the street would be aware of. The cost of batteries has been the largest cost inhibitor for buying Plug-In Vehicles as well as range limitation. Those days and quickly coming to an end. The costs of batteries has reduced from $1,000 per kWh in 2009 to under $200 per kWh for the upcoming Chevy Bolt going on sale in the USA late 2016 and the Tesla Model3, Mitsubishi eX SUV in 2017-18 and now Ford and Nissan in 2017. Plus many more.

See the Bloomberg clip on the Next Oil Crises.

In 2017 Australia will see the exit of car manufacturing on mass scale and while that is disappointing it also means that Australia will see wider options in Plug-In Vehicles coming to our shores. More options and smarter/cleaner vehicle choices. There are more manufacturing opportunities emerging as well for Australia by tapping into the growing smart vehicle industry. Australia just needs to get moving and get on-board.