You are at:Home»Innovation»Apple Electric iCar on Hold 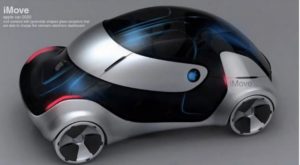 Apple’s Electric iCar development known as ‘Project Titan’ appears to have been placed on hold as a result of internal and external problems.

It seems that one of the biggest hurdles has been that Apple has struggle to secure automotive component supplier contracts. That equates to Apple not having parts to build a car. A major issue for any new start-up. Even for a brand such as Apple. Just ask Elon Musk at Tesla.

There is a deadline for ‘Project Titan’ to deliver the fully autonomous driving systems and that’s by the end of 2017. But the race is on, and there are many other competitors like Mobileye and Nvidia working with big car brands like Mercedes Benz, BMW, Mitsubishi, Audi and of course Tesla to have the first level 5 autonomous product operational.

eCarInsight hopes that Apple continues to work towards an electric car and that autonomous drive systems become a key feature of the cleaner plug-in car revolution.