You are at:Home»Innovation»BANNED – UK Bans New Petrol and Diesel Cars by 2040

End of Days for Diesel and Petrol
Innovation

The United Kingdom has joined with France to ban petrol and diesel cars. 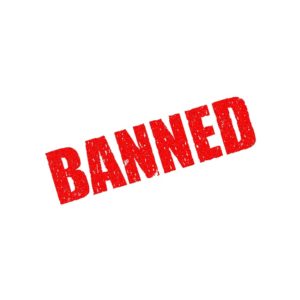 It’s not just European countries setting target dates to end the days of polluting petrol and diesel vehicles. India plans to go all electric with zero emissions new car sales by 2030. Ten years earlier than France and the UK.

Volvo has recently declared the end of diesel and petrol only powered car production and that all Volvo models will have a plug from 2019.

BMW Electric Models Across their Range

BMW confirmed that all BMW and Mini models will have Plug-In Electric Variants by 2025 and similar declarations and plans are in full swing with the Volkswagen Group which includes the VW brand, Porsche and Audi stables.

Daimler-Benz are also amping up the move to electric mobility. The new EQ Mercedes electric mobility platform will propel the electric models for Mercedes transformation within four years or less. Mercedes already has a significant line-up of Plug-In Hybrid Electric (PHEV) models in the market now and is building their own battery Gigafactories.

BMW and Mercedes Benz have announced they are joining the Formula-E all electric single seater racing series with full factory teams. They’re joining other premium brands such as Audi, DS Citron – Peugeot, Jaguar, Renault, Mahindra and electric start-ups such as Faraday Future and NIO NextEV.

The word is that both Ferrari and Porsche are also lining up to go electric racing in the ePrix series. Formula-E is the perfect testing and development platform for the advancement in electric drivetrains, batteries, wireless charging and autonomous drive technologies. Manufactures are investing billions of dollars into transitioning from old 20th century internal combustion powered vehicles to electric mobility.

Anyone who thinks that the world won’t change to electric mobility for decades has their head in the sand. By 2030, Internal Combustion Engine (ICE) Cars will be redundant.

Insights to the UK banning petrol and diesel cars Link