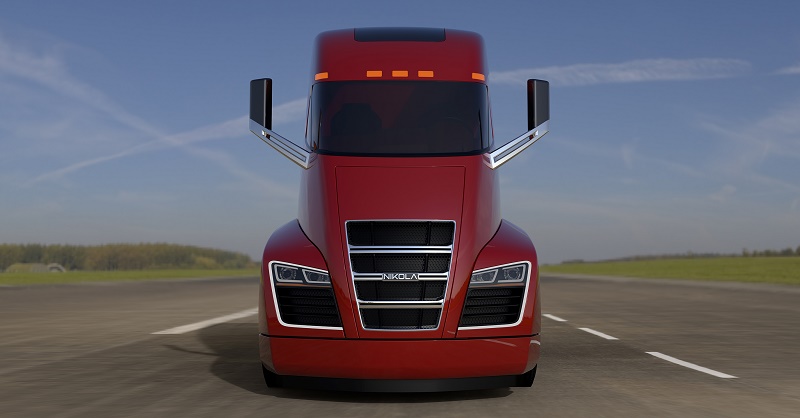 At the unveiling, Nikola will show off its flagship product, the highly anticipated Nikola One electric semi-truck. The prototype Nikola One is expected to be the most fuel efficient class 8 truck ever built. Never before has a heavy duty truck achieved record setting fuel efficiency while also dramatically improving performance over its diesel competition. 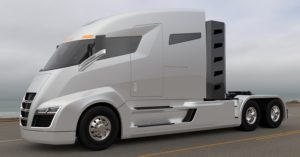 Nikola is currently preparing the next generation of the Nikola One, a hydrogen fuel cellpowered electric semi-truck for production. Nikola’s hydrogen-powered electric semi-truck will have a range of 800 – 1,200 miles between fill-ups and achieve approximately 15-20 mpg with zero emissions under full load. This performance surpasses all government mandates in place for the next 10 years, including the EPA’s recently announced stringent Phase 2 greenhouse gas standards.

At the unveiling, Nikola will also show off its 107 kWh upgradeable battery pack for its electric UTV, the Nikola Zero. “Our battery engineers have made major advances in storage and cooling,” said Trevor Milton, Nikola’s CEO. “We believe our lithium battery packs, which should be available next year, are more energy dense and weigh less than any vehicle production pack in the world.

To give you an idea, we believe our pack could propel a BMW i3 over 400 miles on a single charge and still fit within the i3 chassis. Our new design should also allow us to fit approximately 125 kWh or more in the Tesla Model S battery envelope.”
“This new battery pack will be offered for sale to other OEMs in 2017, as well as an upgrade option for the Nikola Zero UTV,” added Milton.

Nikola will also reveal its line-up of hydrogen stations located throughout the U.S. “Over 300 planned stations are going to be announced at the December 1 event. Nikola will have the largest hydrogen network in the world. We are proud to be on the forefront of this clean energy revolution,” said Milton.
“As each station comes online, Nikola will begin selling hydrogen to non-Nikola customers for around $3.50 per kg, nearly half the current market price. We believe that hydrogen power generation is a better deal per mile than plugging in for electricity,” added Milton.

For complete product details on the Nikola One, visit www.nikolamotor.com.
December 1-2, 2016 Media Credentials

While the invitation-only event is sold out, accredited media may still receive passes. Accredited media should contact Robar PR at crobar@robarpr.com for credentials for the Dec. 1-2 event. The launch event will also be live simulcast on nikolamotor.com.

About Nikola Motor Company
Nikola Motor Company designs and manufactures electric vehicles, vehicle components, energy storage systems, and electric vehicle drivetrains. NMC is led by its visionary CEO Trevor Milton (twitter: @nikolatrevor), who has assembled one of the most talented teams in the country to bring the Nikola products to market. The company is privately-held.