Nissan has taken a new step towards eliminating ‘range anxiety’ in an EV. By incorporating a petrol generator to power the EV battery and electric drivetrain it means range is no longer an issue . The new e-Power drivetrain is similar to the BMW i3 range extended EV, but with some limitations.

A disappointing aspect of this e-Power Nissan ‘Note’ model is that the battery is small and there is no charging port to recharge from a charging station. That means the car relies on too much use of the petrol-power generation to produce energy for the battery. 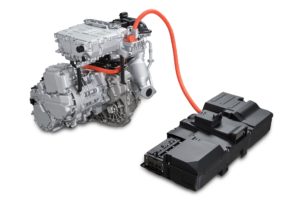 We understand this e-Power Note is intended for just the Japanese market at this stage. Possibly there are bigger plans to use larger batteries and have recharging ports to maximise the EV use in upcoming models.

Nissan has been a world leader in advancing the development of electric vehicles since 2010. The Nissan LEAF has been the largest selling battery electric vehicle worldwide to date. But for how much longer? The LEAF had a limited range of 150km to 170km until the new LEAF 30kWh battery model was released in the northern hemisphere. We’re expecting a new look – long range LEAF model in 2017.

Earlier this year Renault-Nissan acquired a large stake in Mitsubishi Motors. eCarInsight understands that Nissan intends to use the Mitsubishi ground breaking Plug-In Hybrid Electric Vehicle (PHEV) technology from the Outlander PHEV. There is word going around that there will be a range of Nissan SUV’s with PHEV batteries and drivetrains.

We hope so. Fingers crossed.

The race to bring low priced long range electric vehicles to market is ratcheting up. General Motors releases its long range low cost Bolt EV this month in the USA. Tesla Model 3 production is due to commence in 2017 and commencement of deliveries of the current 350,000 + pre-ordered Tesla Model 3’s are scheduled for later in 2017. Australia should see their orders of Model 3 in 2018.

Nissan is due to release a very different looking long range Nissan LEAF in 2017 and if they do it will delight the market and continue Nissan’s EV leadership. The new LEAF will need to compete on range and price with the Bolt EV and Model 3. 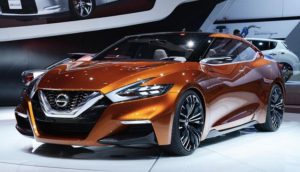 2017 is shaping up to be an exciting year for electric vehicle models.