The Saudi Arabian government announced a new economic vision for their countries future with the aim to reduce their oil income dependence as the world embraces lower cost renewable energy options.

This new strategy is following neighbouring oil rich countries like the UAE who have been transforming their economies away from oil revenue dependence for some years.

We understand that the Saudi’s now realise that the world oil price will most likely stay relatively low with shrinking demand and more suppliers in the market. There now seems to be sense of urgency for the nation to move quickly to transform their economy.

There also seems to be a recognition that the Saudi nation has the opportunity to build new industries for their economy. Embracing renewable energy platforms like Solar power, Wind Turbine and Geothermal as well as generating income from much wider option and less from oil based infrastructures. We see this as a step towards the nation lowering their impact on the environment as part of the new vision. 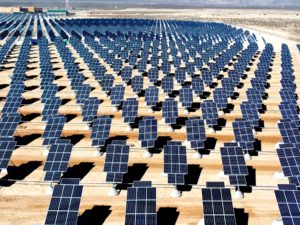 The World is moving away from Oil

Many nations are becoming less dependent of hydrocarbon energy sources like oil. European countries such as Germany and the Netherlands have indicated that as from 2025, no solely powered Internal Combustion Engine, (ICE) passenger vehicles can be sold. This is the clearest signal yet that the old oil powered vehicle drivetrains for cars are on the way out. Other countries will follow and most of the world vehicle manufactures are rapidly scaling up development of long range EV’s and PHEV’s to meet growing demand.

Consider that if a standard (ICE) powered car consumes around the equivalent of 15 barrels of oil per year and the advancement of Plug-In Vehicle range is improving to around that of an internal combustion powered car and costs of purchase is about the same, a tipping point is rapidly approaching.

Is the World embracing Plug-In Vehicles?

To answer that question we need only to look at the success of the Tesla Model 3 launch on the 31st March. If there was any doubt about the world’s eagerness to embrace a plug in car future then here’s your answer.

Elon Musk announced in an interview in April in Norway that “orders for the Tesla Model 3 where approaching 400,000 cars within a week of the launch”.